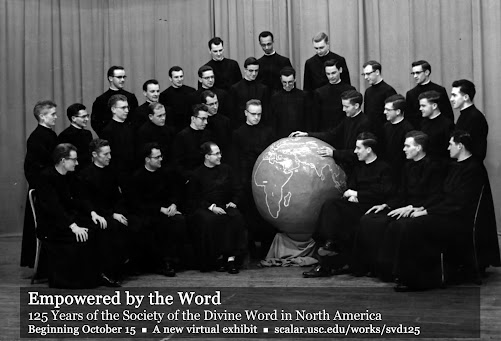 Founded by St. Arnold Janssen in Steyl, Holland, the Society of the Divine Word has more than 6,000 members worldwide who serve the spiritual and social needs of people in 80 countries. The congregation, founded in 1875, is the largest Roman Catholic religious order to focus on missionary work.

On Oct. 15, 1895, Brother Wendelin Meyer SVD landed in New Jersey and began selling Catholic magazines to German-speaking immigrants. Since then, Divine Word Missionaries have been champions of racial equality and trailblazers in religious intercultural living.

Empowered by the Word highlights events from 1895 to the present. It includes information about the 1920 opening of Mississippi's Sacred Heart Seminary, the first Catholic seminary specifically for African-American men; the foundation of ministries with immigrants in Canada; the welcoming of Vietnamese refugees during the 1970s and '80s; and the missionaries' impact in Appalachia's poorest communities. 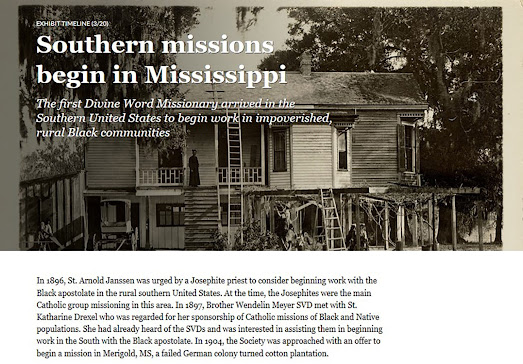 The exhibit's timeline structure shows how the SVD missionary story intersects with stories of other groups and individuals across North America.

Created using the Alliance for Networking Visual Culture's Scalar platform, Empowered by the Word was curated, written, and edited by Archives staff members Kristen Gravelin and Andrew Rea. It is the first digital exhibit produced by the Chicago Province Archives, and was designed expressly because no celebrations could be held due to the current pandemic reality.

You may have already received this invite via email. If so, it's time to respond. You can register before November 5 at https://www.surveymonkey.com/r/Z7DZR2Z

No matter what your archive's religious affiliation, this symposium may well be of interest to you. It is a brief overview of various models for religious archive to collaborate, consolidate, and more. Five presenters from the United States and Canada will speak from 11:00 a.m. - 12:15 p.m. CST on Thursday, November 12, 2020.

For additional details, check out the complete invitation: